Zero-degree winding – also called axial, unidirectional or longitudinal winding – is a sought-after technique, particularly among manufacturers of lightweight structural components for the automotive, aerospace and construction industries. The technique, which is hard to achieve using conventional filament winding, exploits the inherent mechanical strength created when fibres are wound directly along the axial load path or the longitudinal axis. 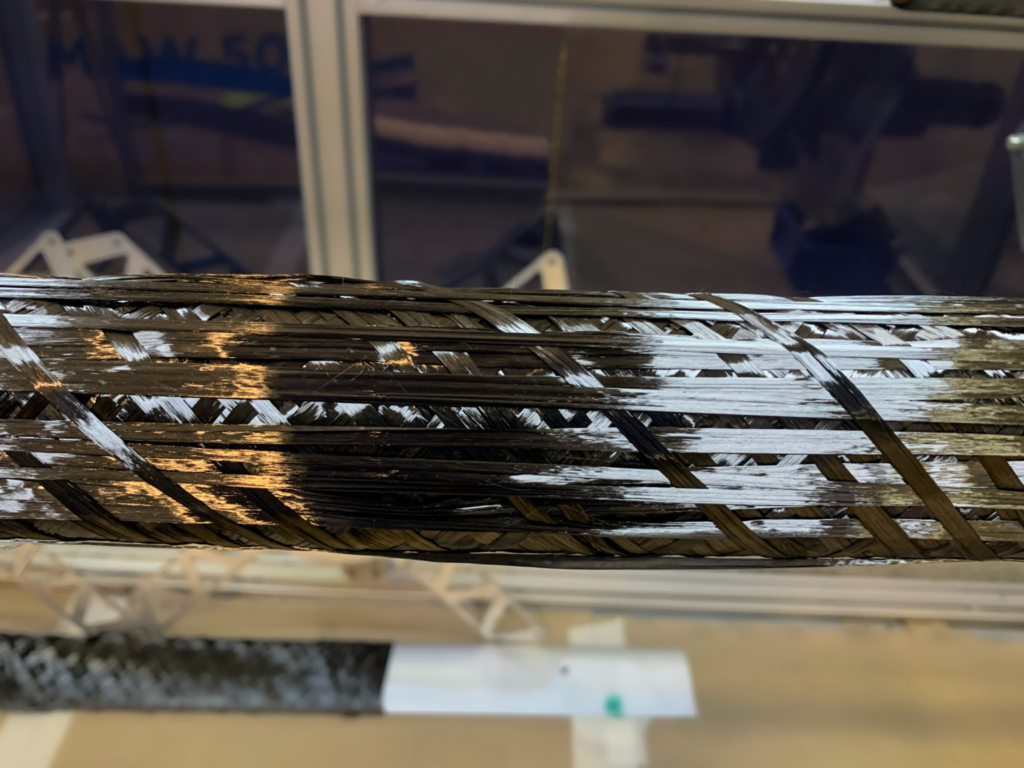 Fibres are wound straight along the longitudinal axis

Zero-degree winding describes the action of laying down the fibre in parallel with the direction of the mandrel axis. Until now, the complexity of winding along the axis of a part prevented manufacturers from taking full advantage of the benefits of axial strength.

Cygnet Texkimp, which specialises in the design and manufacture of fibre handling and converting machinery including filament winding technologies for the composites industry, has developed the process using its 3D Winder and Multi Axis Winder machines. These are the company’s high-speed, multi-axial and, in the case of the 3D Winder, robot-mounted winding machines. Crucially, the capability of these two technologies enables manufacturers to create not only straight parts with zero-degree winding but also curved parts, such as fuel pipes for planes.

The direction and angle at which fibres are laid down affects the characteristics of filament wound parts. Modern filament winding technologies give manufacturers the ability to customise a structure and tailor its strength properties by selecting both the geometry and quantity of fibres that are laid to build the part. In this way, manufacturers can add strength in particular areas according to the part’s intended use and the anticipated forces it will need to withstand. Conventional filament winding, which includes hoop and helical winding, can provide mechanical properties from nearly all directions, but effective coverage along the part axis presents a challenge. 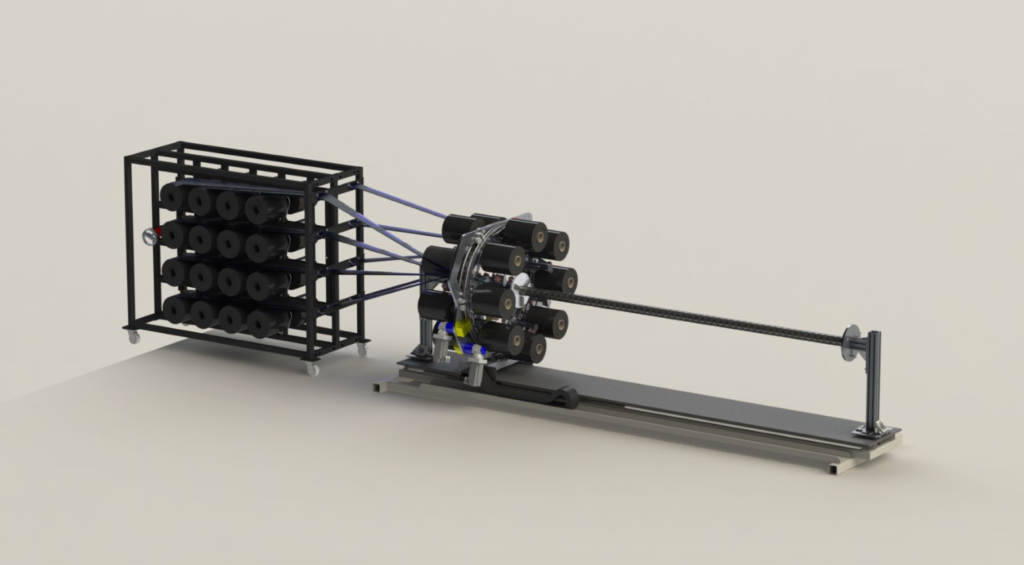 “There are ways of getting close to zero degrees using conventional filament winding, but there is no retaining mechanism to hold the zero-degree fibres in place,” explains Cygnet Texkimp’s Dr Yan Liu.

“Similar properties can be produced by manually pre-wrapping the mandrel, but this is a labour-intensive approach which is unsuitable for high-volume applications.”

Using the MAW and the 3D Winder makes zero-degree winding possible because the axial fibres are held in place by the winding mechanism. Fibres are fed into the process from a series of (two or three) rotating rings mounted with bobbins of fibre, which move back and forth around a static mandrel, winding as they go. Additionally, a fibre unwinding creel can be incorporated at the start of the process to increase the volume of fibre that can be fed in and laid down in one go, so improving throughput efficiency.

“The ability to wind at zero degrees is very significant for the manufacture of critical components where having mechanical properties in the longitudinal direction is extremely useful,” says Dr Yan Liu. “It’s an exciting development in the evolution of filament winding technology.”

“Our solution is ideal for parts that are subject to a bending load, such as structural side and front impact protection beams for automotive. The level and uniformity of strength that comes from winding directly parallel with the longitudinal path are characteristics that are very desirable in high performance part manufacture, particularly when combined with the ability to handle spread tows, which further increases the coverage of the axial fibres where they are needed.

“Adding strength and impact resistance through zero-degree winding instead of by adding larger volumes of fibre means manufactures can make strong parts with minimal fibre and therefore weight, which leads to great fuel efficiency and supports lightweighting agendas.

“We believe our solution is unique, especially as it allows us to create even complex, curved shapes with optimum axial strength, quickly and consistently.”